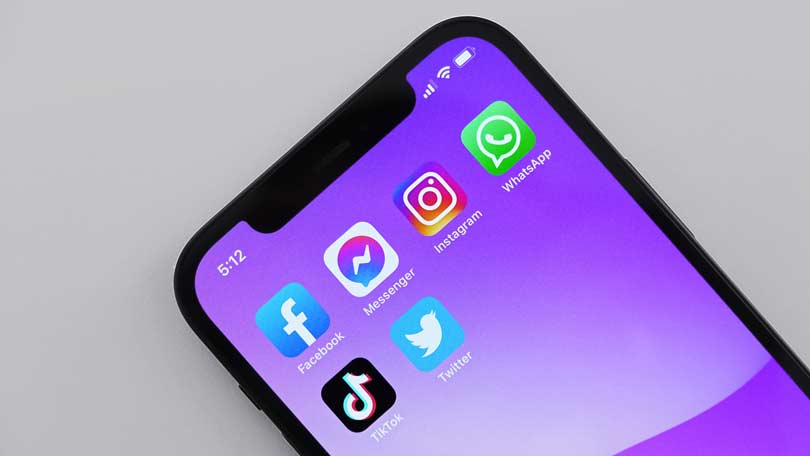 Social media and its expansion have caused the dilemma of whether they do more harm than good.

While social media sites can be highly beneficial and useful in some aspects of our lives, they can also be harmful and have negative effects if not utilized properly.

In addition to impacting mental health, social media also act as a primary tool for gathering (mis)information for many of their users. Depending on how one looks at social media, the picture may differ.

It is crucial to understand how online platforms affect internet users to minimize social media’s negative impacts and maximize its beneficial effects.

Social interaction was one of the many aspects of life digitized by social media.

Thanks to social media, users can communicate more easily with overseas relatives and friends and meet new people.

However, people can feel isolated from others and jealous in their relationships when they use social media, and they may begin to develop trust issues as a result.

Approximately 51% of respondents in an American study conducted by  Pew Research Center about relationships and dating in the digital age answered that their partner is often distracted by the phone while trying to have a conversation with him.

The constant interruption in communication between partners can lead to frustration, jealousy, and temptation to check your partner’s phone.

Also, according to the same study, younger social media users are more likely to spy on their ex-partners on social media or to talk and reveal personal information about their love lives, which can also lead to jealousy and dissatisfaction within a relationship.

The negative social media influence on relationships is the subject of numerous other studies. The study named #Couplegoals: Self-Esteem, Relationship Outcomes, and the Visibility of Romantic Relationships on Social Media showed that the more people spend time on social media, to less they confide in others for issues they have in their relationship.

As a result, people can become more closed in on themselves and more distant from one another.

On the other side, the social network Facebook has proved beneficial for long-distance relationships. Separated couples use Facebook to maintain their relationship and express love to each other.

Some researchers have found that this type of electronic communication not only provides long-distance couples with a means of communicating closeness but also “provide social and public contexts for relationship processes that are typically limited in traditional life settings.”

Several researchers have studied the relationship between social networking sites and low self-esteem among young people.

According to HelpGuide, 10% of teenagers reported being bullied on social media, which can negatively influence their self-esteem and cause mental health problems. Twitter, for instance, is one of the social media platforms where hate speech is most prevalent, even amongst teenagers.

Additionally, according to UKCIS Social media guide for parents and carers, content creation that promotes sharing personal information, nudity, self-harm, or unrealistic goals for one’s own body, can make a child feel scared, upset, depressed, and even develop an online reputation that may be problematic in the future.

But, due to social media’s continuing presence in the lives of teenagers, it is parents’ responsibility to support their children’s mental well-being and development. Parents can inform themselves from traditional internet sources like news outlets or websites specified for kids’ mental health on protecting their children from the harmful effects of social media.

Nevertheless, teenagers and children are not the only groups that suffer from lower self-esteem, unrealistic body image, or other negative consequences due to social media. Adult users can also be adversely affected by the internet and social media.

Social media companies like Instagram and Facebook tend to make users feel like they are the only ones not having fun or experiencing exciting moments. Having feelings of loneliness, depression, and decreased self-esteem may result from this.

Additionally, constant alertness is another negative effect of social media. Users prioritize responding to every social media alert when eating, sleeping, and even driving.

There is no doubt that social media platforms are fertile ground for many businesses due to many users who spend hours per day scrolling through them.

News websites have developed a primary aim to collect clicks from users and increase engagement through social media. This caused some news outlets to report unethically, use sensational headlines, write inappropriate content, and spread false information, especially when it came to political content.

An article from the New York University and the University of Grenoble Alpes in France found that fake news gathered six times more likes, shares, new comments on Facebook than media such as CNN or the World Health Organization, reliable sources for ethical and accurate news stories.

Although social media has proven to be a valuable tool for traditional online news media, it can also help develop critical thinking among readers. Namely, the more the users research, read, think and doubt what they have read, the more they will think critically and develop their own opinions.

This can especially be useful for the younger audience who primarily use social media for fun.

The future of social media and society

Social media is one of the most powerful innovations in recent history that has drastically changed many aspects of our lives and is likely to continue to evolve to remain the primary means of building interpersonal relationships, growing businesses, and finding information.

As users of these networks, we will need to find ways to cope with the constant challenges that social networks pose to us, especially when there is another potentially revolutionary discovery like Metaverse that will probably reshape reality again in the near future.

We can decrease screen time and engage in simple real-life activities that positively affect our mental health and build healthy relationships.

Depending on how we use it, social media can be good and toxic.

Excessive use of these applications can lead to various negative feelings like low self-esteem, depression and self-isolation.

On the other hand, they can be a good tool for business development and maintaining contacts.

As long as we are mindful about the time spent on social media and as long as we use it consciously and responsibly, it can positively affect many aspects of our lives.

33 Cheap Things to Do Instead of Social Media

Why Do People Fake Happiness on Social Media